An ace on the hill is all they need: Phillies 4, Cardinals 0 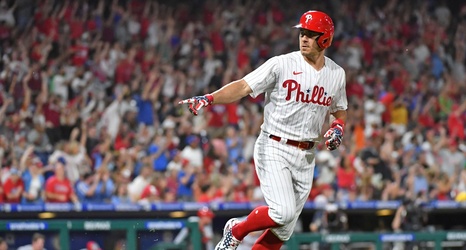 Phillies baseball on ESPN means the whole baseball world has their eyes on them. No other teams to distract, just Philadelphia and the fans.

Luckily for the Phillies, they had their ace on the mound in Zack Wheeler, which means the odds were ever in their favor. Even with Adam Wainwright on the mound for the Cardinals, it just felt like the home team had the advantage. In the first three innings, it was a pitcher’s duel, both hurlers showing their entire repertoire in keeping the lineups off balance. In the bottom of the fourth, the Phillies struck first when Rhys Hoskins continued his hot hitting ways by depositing a pitch from Wainwright deep into the left field stands.