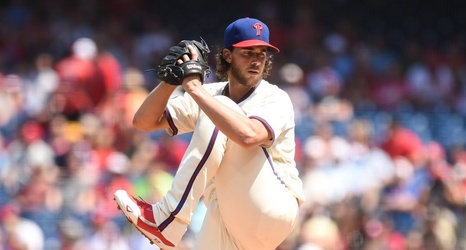 With reliever Héctor Neris set to depart for Houston, Aaron Nola is now the longest-tenured player on the Philadelphia Phillies roster.

The former first-round pick made his major league debut on July 21, 2015. Nola has a 67-49 record in seven seasons with the Phillies, along with a 3.68 ERA and 3.42 FIP. Since the start of the 2015 season, Nola’s 23.7 fWAR is ninth among all starting pitchers. The 28-year-old is entering the final guaranteed year of his contract, though it would be shocking if the Phillies didn’t exercise their $16 million club option on Nola for 2023.