Aaron Nola is great — except in September for some reason 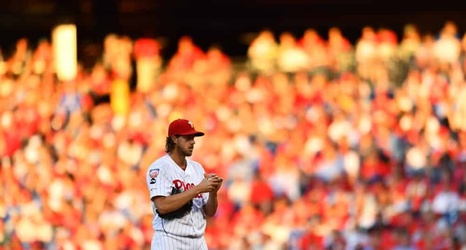 The Phillies have plenty of problems. The top of their rotation isn’t one of them.

Aaron Nola and Zack Wheeler combined for a 3.14 ERA in 140 1/3 inning pitched in 2020. Both finished tied for 11th in Major League Baseball in fWAR among starting pitchers. It marks the first time since 2013 the Phillies had two pitchers that finished in the top 11 in fWAR. Cliff Lee (5.6) and Cole Hamels (4.7) were the last to do so.

With many holes to fill, the Phillies would be wise to pass on the only top tier starting pitching free agent in this year’s class in Trevor Bauer.