A failure in fundamentals: Braves 5, Phillies 4 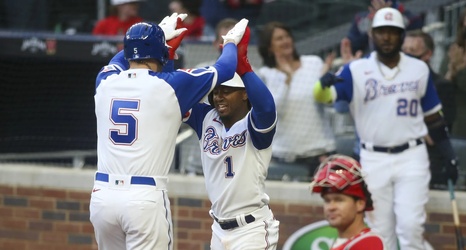 Heading into the season, the Phillies and their defense were discussed as a potential weak spot on a team that had playoff aspirations. Tonight, that fear of how much the defense could hurt them was manifested when a questionable decision in the eighth ended up being the decisive moment of the game.

Zach Eflin and Ian Anderson face off again only six days after they faced off in Philadelphia. Scheduling quirks meant they haven’t faced anyone but each other this year, so the teams should have been familiar with their repertoire. The Phillies began the night by demonstrating as such, loading the bases against Anderson in the first with one out thanks to a leadoff walk, then back to back one out singles from Bryce Harper and Alec Bohm.