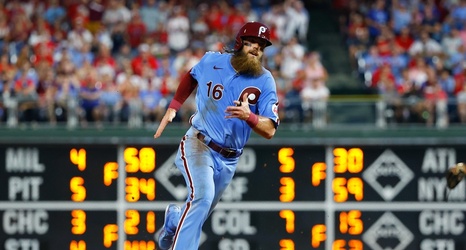 The Philadelphia Phillies failed to mount a late-inning comeback for the second time in 24 hours, falling to the Miami Marlins Thursday afternoon at Citizens Bank Park.

Phillies pitching was able to limit the Marlins to seven hits and three runs as they looked for the series sweep, but Edward Cabrera and the Marlins bullpen shut the Phillies out, salvaging the final game of a three-game set.

After finally getting to Sandy Alcántara in the eighth inning of Wednesday’s comeback win, the Phillies did threaten to do damage against Dylan Floro in the home half of the eighth Thursday.