5 takeaways from the Phillies frustrating weekend with the Mets 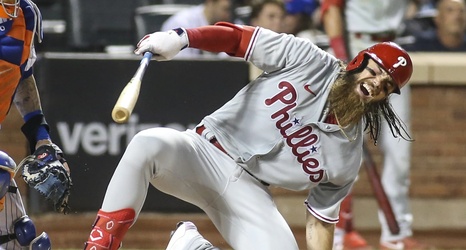 After Friday night’s pulse-pounding 2-1, 10-inning victory over the Mets, it sure felt like the newly phundamental Phillies were ready to win their first series in five tries over their divisional rivals, but a disappearing offense and some outstanding pitching by New York scuttled those hopes, with resounding 1-0 and 6-0 victories by the Mets on Saturday and Sunday.

It was a disappointing finish to a series that shifted the vibes considerably, but all is not lost. After a series like that, we all need a little perspective, so here are five takeaways from a series that started with so much promise and ended with disappointment.