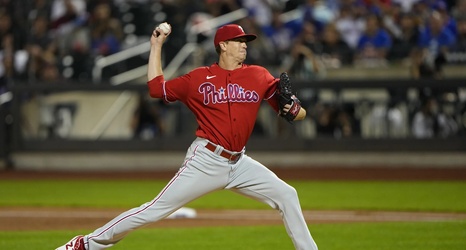 Heading into the 2021 trade deadline, the Phillies knew they needed to add at least one starting pitcher. After a deal with the Pirates for southpaw Tyler Anderson fell through, the Phillies switched gears. Although top-tier righty Max Scherzer was available, the Phillies were never seriously mentioned in trade talks. This meant they had to look into the second and third tier of starters that were on the block. They arrived at veteran righty Kyle Gibson.

Gibson was one of the few middle of the rotation guys available that the Phillies could acquire without having to deplete an already thin farm system.