Phillies trade rumors: Michael Young on his way out 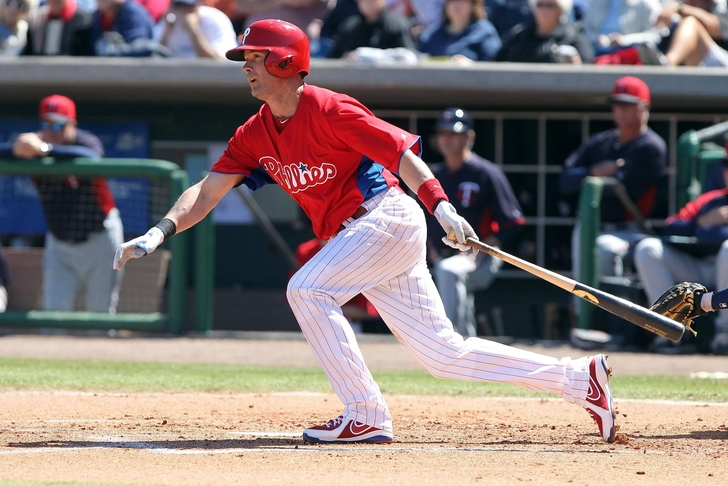 Ashe, the Phillies fourth round pick out of Nebraska in 2011, was hitting .295 and slugging .485 in AAA this season, and more than overdue for a call-up. Young, however, has a full no-trade clause, a deal the Phillies made with him when they acquired Young from the Rangers this past offseason.

According to Fox Sports' Ken Rosenthal this morning, Young will only waive his no-trade clause if he is dealt back to Texas. Now, however, Young has told the Phillies he would O.K. a trade to Boston as well, and potentially New York.

Young is still in the lineup for Tuesday night's game against the Giants, but the thought of many is that the Phillies called up Ashe to leverage Young into taking a deal, or else be relegated to the bench.