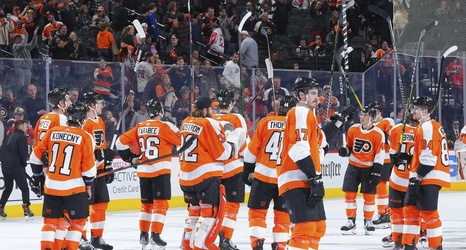 That’s all she wrote! The Flyers’ 2021-22 season is over at long last! They closed it out just about as we might have expected, by a nice little comeback but an ultimate loss to another non-playoff team, dropping this one 4-2 to the Ottawa Senators. Just like we drew it up.

All stats via Natural Stat Trick.

The last game of the season also means it’s team awards time! The winners of this year’s set are as follows:

Congratulations to the winners!