What Flyers Lines Should Look Like w/ Scott Laughton Back 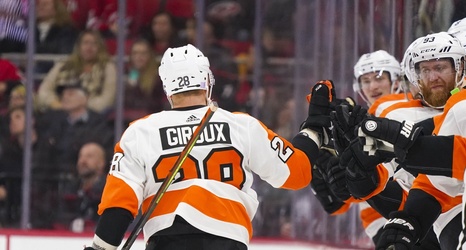 Mid-day on Thursday, the head coach Alain Vigneault announced Scott Laughton had been medically cleared. The Flyers official Twitter account then tweeted the update, stating Laughton will be available for Saturday’s game against the Calgary Flames.

Scott Laughton re-entering the fold is a welcome addition. The Flyers have struggled mightily to ice consistent lines since the Laughton injury. Aside from the Couturier, Lindblom, Konecny line, Vigneault has jumbled lines almost every night. Now with that line broken up, everything seems to be fair game.

Let’s take a look at how these lines may shape up once Laughton returns to the ice.