What does the future hold for Shayne Gostisbehere? 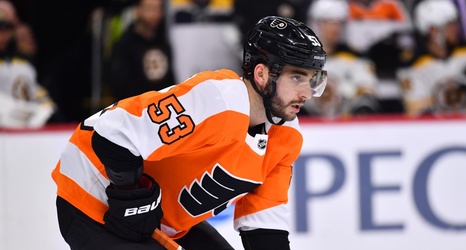 It’s been a bumpy two years or so for Flyers defenseman Shayne Gostisbehere. Ever since his astonishing 65-point campaign in 2017-18, Ghost has bumped every branch on the way down, slowly falling from the dizzying heights he’d reached, bringing a hefty six-year, $27 million contract with him. Are the Flyers ready to give him one more shot at rejuvenation, or is the writing on the wall for the once-heralded defenseman?

The 2019-20 campaign was an infuriating one from Ghost’s perspective. Mired by a knee injury that plagued him throughout the season before, the numbers show just 12 points in 42 games The reality is that his minutes started slipping away, he needed surgery in January, and was a healthy scratch in November, a season that carried more promise for the team than any in recent memory.