Weekly Buzz: The Flyers Should Sign The Rest Their RFA’s Soon 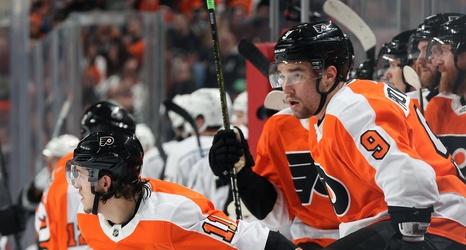 NHL Network continued with their Top 20 lists this offseason and ranked Philadelphia Flyers Captain Claude Giroux as the 12th best winger in the league right now, which isn’t the worst ranking in the world, surprisingly.

The Flyers have plenty of exciting matchups coming up in 2019-20 season and here are five of them to watch before January.

Philadelphia goaltending prospect Samuel Ersson will be channeling the “Eye Of The Tiger” in his first full season in the Swedish Hockey League with a brand new mask.