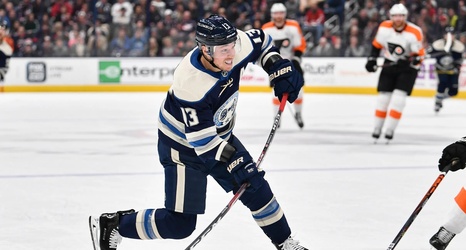 As the lights dimmed on the 2020-21 season, sights were set on what was expected to be an extremely active Summer for the Flyers. In short, it’s arrived. Chuck Fletcher, who recently sat down with us for a one-on-one interview, made it known that he won’t hesitate to make big changes to the roster when needed. But change isn’t inherently good, it has to be the right change. So, how do we feel about the trades that he’s made?

Brad: I think that Myers still has a very good chance to become an above-average top-four defender in Nashville, but last season certainly opened up the idea of him being a classic “all the tools” defenseman that just can’t reach that next level.