Three Players To Watch For Philadelphia Flyers vs Boston Bruins 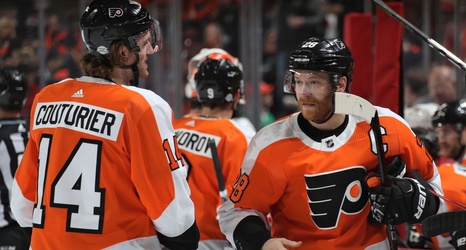 Looking to earn their first victory of the 2019-20 preseason exhibition season, the Philadelphia Flyers will play host to the Boston Bruins at the Wells Fargo Center. The Flyers took the three-game season series from Boston in 2018-19, winning two of those matchups, and will hope to do more of the same in this contest and when the regular-season gets underway. Brian Elliott will receive the start from Head Coach Alain Vigneault, and will likely oppose Jaroslav Halak in-net. Elliott will also play in the first two periods of the game this time around, instead of getting pulled in the middle of the second, with Alex Lyon coming in to take the third.