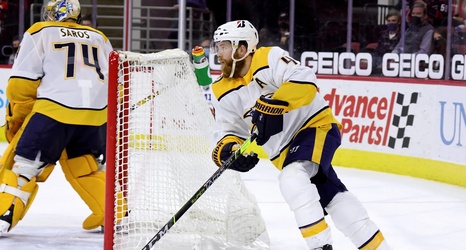 Fourteen years ago, also over the summer (in what would turn out to be a very busy offseason for the Flyers), a trade was made by the Flyers for a veteran Nashville Predators defenseman. For the shrewd price of only a first round pick (who would turn out to be Jonathon Blum, who only played 110 NHL games), the Flyers acquired a defenseman who would become a franchise icon, and who would help lead them all the way to multiple Eastern Conference Finals appearances, and even to a Stanley Cup Final. Of course, the player in question is Kimmo Timonen.