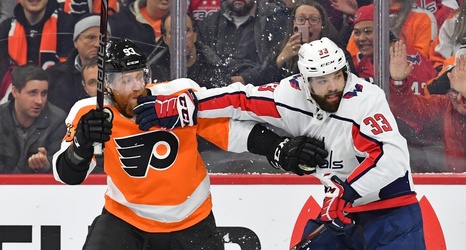 Last night was a goaltender duel between Carter Hart and Braden Holtby. On home ice, the Philadelphia Flyers had the opportunity to test their metal and cut their teeth against the leaders of the Metropolitan Divison, the Washington Capitals. Playing two periods out of the three fiercely haunted the Flyers in this game. With a chance to pull off the upset in another shootout, the Capitals proved to be just too much on this night. Philadelphia has no reason to hang their heads because they matched up well against a championship-caliber opponent, losing 2-1 in high-stakes hockey.

Just over six minutes into the first period of play, the Washington Capitals were the first on the board.