The Flyers’ Depth at Goaltending is a Good Problem to Have 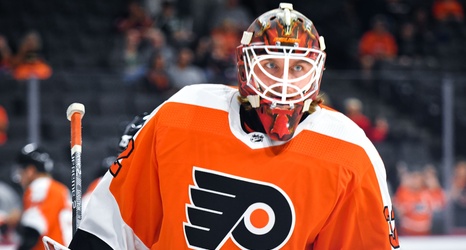 For years the Flyers struggled with subpar goaltending. That all seems to have changed with the previous General Manager, Ron Hextall. I mean why not, he only was a star goaltender for the Flyers. Why wouldn’t he be able to boost his position? Well, what we learned is that Hextall had an eye for talent when it came to the netminder.

In four drafts as the head of the Flyers, he selected five goaltenders. Carter Hart was at this point his best pick of the position and may go down as the steal of the 2016 NHL Draft.