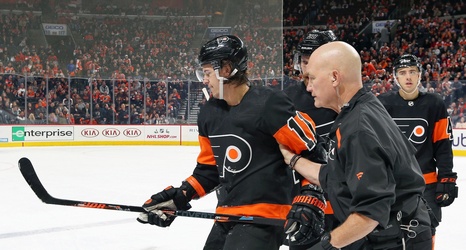 After taking a hit from defenseman Mark Borowiecki in the first period of the Philadelphia Flyers win over the Ottawa Senators on Saturday, the team announced Monday morning that forward Travis Konecny will be out indefinitely with a concussion. The 2015 First Rounder was having a career-year with the Orange and Black, leading the club with 28 points through the first 30 games of the season. He also tied with Oskar Lindblom for the team-high in goals with 11 on the year.

I can’t really sugar coat it; this without a doubt sucks for the Flyers, the fans, and most importantly for TK, as well.