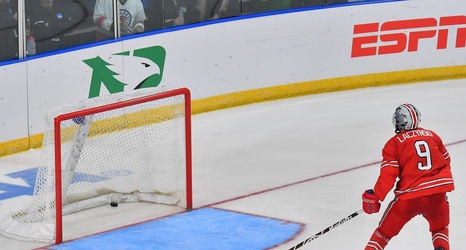 Even before his hat-trick, Tanner Laczynski was already turning heads. The Phantoms’ 23-year-old rookie center has impressed since returning from a minor injury earlier this season, and last night’s performance only reaffirmed that sentiment.

Just under seven minutes into the second period, Laczynski would score his first of the night; a wrister from just above the right faceoff circle. Chris Bigras picked up the lone assist, intercepting a pass in the neutral zone before re-entering the Devils’ end of the ice. He then lifted the stick of the Binghamton defender before jumping out of the way of Laczynski’s shot.