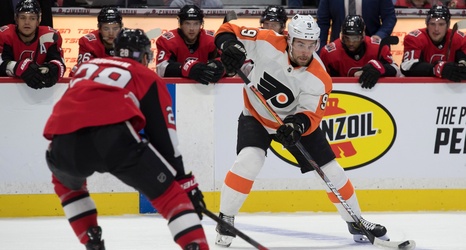 The Flyers went into Thursday night’s game against the Coyotes with a five-game winning streak and an 11-game home point streak in their hands. After dropping the game 3-1, they look to rebound Saturday afternoon against the Ottawa Senators.

Coverage will begin at 12:30 p.m. with puck drop scheduled for 1 p.m. on NBC Sports Philadelphia.

The Flyers are -200 money line favorites with an over/under set at 6 goals even.

During one of their only regulation losses of November, the Flyers dropped game one of three against the Sens, 2-1. The Flyers came out strong and Tyler Pitlick scored an early first-period goal.