Spying on the Saboteur: Philadelphia Flyers at Ottawa Senators 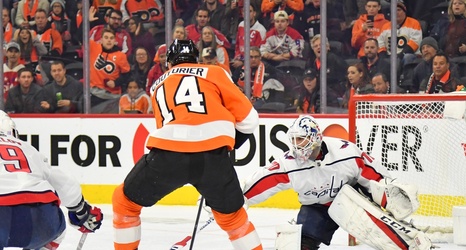 A couple of days removed from playing the best team in the NHL closely, losing in a shootout, the Philadelphia Flyers are traveling to take on the Ottawa Senators. One observation of note is that the “TLC Line” of Travis Konecny, Oskar Lindblom, and Sean Couturier was contained by the Washington Capitals on Wednesday. Another observation was that Joel Farabee had a tough outing against the Capitals. Alain Vigneault reflected on Farabee after Wednesday, saying:

“Joel was fighting it a little bit tonight. That’s a pretty big team and a pretty good team with a lot of experience.