Slow Starts are Quicksand for the Flyers 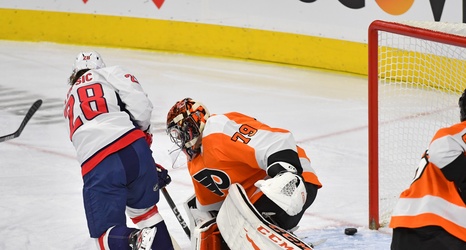 Much of the focus when speaking with players after Wednesday’s game was focused on the first period starting slow and the recovery in the second period. The Philadelphia Flyers battled back against the Washington Capitals, but Brendan Leipsic’s early goal proved to be enough of a fight. In the first period, the Flyers shot production was overmatched by the Capitals, 16-5. Playing defensive, not generating scoring chances, and showing an inability to possess the puck was the first-period theme for Philadelphia. The Flyers are more likely to win games when they are the first team to score.

After the game, Matt Niskanen stated “I think we just got more competitive.