Seriously though, how does Ian Laperriere still have a job? 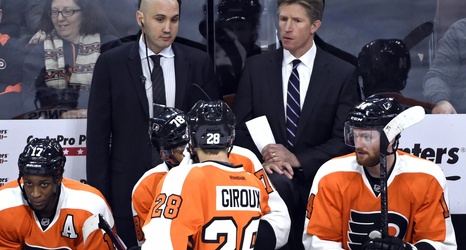 The Flyers overhauled their coaching staff in a big way on Monday with the additions of Mike Yeo and Michel Therrien, but held on to a piece of the previous staff that should have been shown the door long ago.

Somehow —inexplicably— assistant coach Ian Laperriere has survived yet another coaching change in Philadelphia. Alain Vigneault be his fourth head coach since being hired as an assistant back in October of 2013.

If Kris Knoblauch couldn’t survive his power play slipping from 15th overall in 2017-18 to 22nd last season, it’s bizarre that Laperriere has survived his fifth-straight season of declining results on the penalty kill.