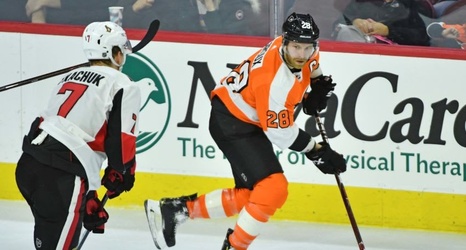 In the last few days, Philadelphia Flyers captain Claude Giroux has been the center of rumors that he could be traded to the Ottawa Senators. Bruce Garrioch of the Ottawa Sun initially brought up Giroux as a possible trade option for the Senators to shore up their depth at center, though he deemed it as very unlikely, and it’s even more unlikely when you consider Giroux hasn’t played as a full-time center in the NHL since 2016-17.