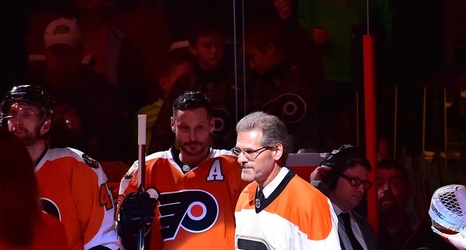 Just around this time last year, then Philadelphia Flyers General Manager, Ron Hextall, was relieved of his front office duties. Hextall was the one responsible for hiring, then Flyers head coach, Dave Hakstol. The team had talent last season. The difference this season is that they aren’t playing without passion. Another difference would be the current General Manager, Chuck Fletcher, who took over for Ron Hextall and hired Alain Vigneault to replace Hakstol, who would be fired from Philadelphia.

We look at the pieces that make Alain Vigneault’s new system thrive. This is a new scheme implemented by a new head coach, but why does it work with the players that Ron Hextall developed and drafted?