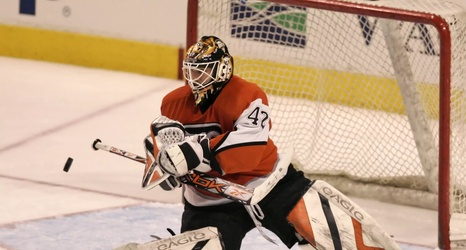 It’s not easy to make guarantees in the NHL today, but it’s safe to say tonight’s Flyers’ game against the Ottawa Senators probably isn’t going to match the insanity of the meeting these clubs had on March 5, 2004. The combination of two Stanley Cup contenders, rosters with both enforcers and players that fought often, and an incident that made one side feel slighted afterwards helped to create one of the more memorable games in Flyers’ history.