Reliving the past to understand the new Flyers front office direction 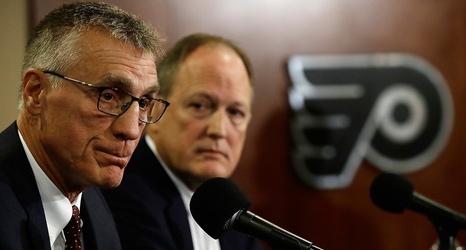 Paul Holmgren has stepped down from the role of Philadelphia Flyers Team President to take on the role of Senior Advisor to Dave Scott and Chuck Fletcher. This makes Holmgren the only person in Flyers history to be a player, assistant coach, head coach, general manager, and president in the organization. Now, answering to Fletcher who is the President of Hockey Operations along with being General Manager, Holmgren will still have some say on the product, but not the final say. A large majority of the Philadelphia fanbase may rejoice at that idea, but let’s take a step back and really take in the highs and lows of Holmgren.