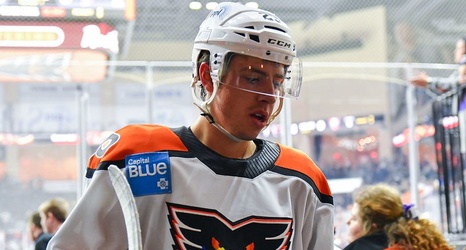 Flush with talent down the middle, the Flyers find themselves without some of those key pieces. Nolan Patrick is still officially “week-to-week” with his migraine disorder. Scott Laughton is out for about 3 more weeks with a broken hand. This headache at the center position is giving many fans a broken heart.

To compensate, the Flyers slid captain Claude Giroux to center. They also called up German Rubtsov to play on the fourth line. While the Flyers have four centers, adding a fifth to the mix is what most people are clamoring about.

Sure, this move makes sense on paper.