Preview: Time to take a nap 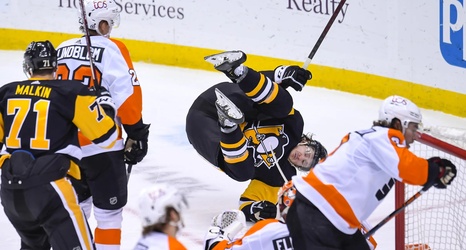 In the second game of post-Silly Season shenanigans, the Flyers will take on the Penguins in the sixth class between the two teams of the season. Who are the players to watch, what are the storylines, and what’s the theme song for today? All that and more below.

Pittsburgh is an odd team. On one hand, they’re undoubtedly a playoff-caliber roster with championship aspirations, but on the other hand they seem to be running on fumes.