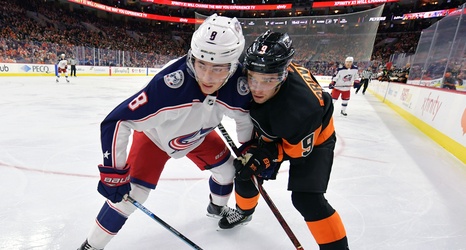 How you doin’ Flyers’ fans? It’s game day! Your Philadelphia Flyers take on the Columbus Blue Jackets for the first of two contests this week. Tonight’s game emanates from the Wells Fargo Center where the Flyers have been nearly impossible to beat. The game starts at 7:00 pm EST.

Columbus holds the seventh spot in the Eastern Conference playoff standings with one more point than Philadelphia. A win tonight would allow the Flyers to move up a spot to take over the first wildcard position.

The odds are clearly in Philly’s favor as they are strong favorites in this game.