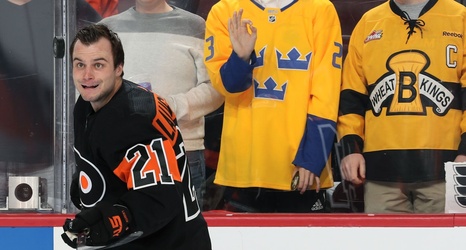 Scott Laughton was one of the few Philadelphia Flyers players who gave it his all in every single game this past year. No matter what the score was, the 2012 First Round Pick was always energized, which helped him post career numbers for the team.

Laughton netted 32 points (12 Goals, 20 Assists) in a full 82 game season for the Orange and Black, which was the first time he hasn’t missed a game during his six-year NHL tenure, though he only missed one in the 2017-18 campaign. He also received the most average Time on Ice (TOI) through his career, as well, due in large part to his excellent play as a penalty killer.