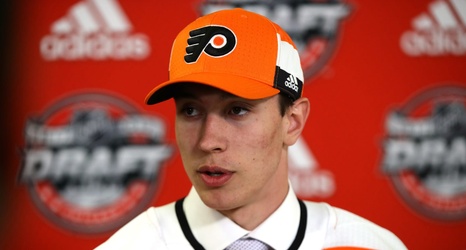 Isaac Ratcliffe came into the draft projected to be a middle-six power forward. He was 6-foot-6 frame and over 200 pounds, towering over players in junior hockey. His strength was impressive, but his skating was something he needed to work on. The Flyers traded three of their draft selections to move up in the second round in 2017. That’s when they took Ratcliffe, eight picks after drafting Morgan Frost.

He continued to grow with the Guelph Storm of the OHL. He got stronger as the years when on, posting 41 goals and 68 points in his final season in 2017-18.