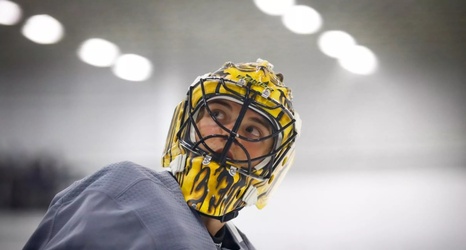 We talked about Felix Sandstrom last week, and the state of the Flyers’ goalie prospect pipeline, and this wasn’t too long ago, so we’re not going to recycle the same “the Flyers have a starting goalie already so we don’t care about goalie prospects anymore BUT WAIT MAYBE WE SHOULD” joke and just get right to the point: the Flyers have another goalie prospect in their pipeline who just had a monster draft+1 season, and is doing well to climb up the depth chart, before even making his way over to North America. Samuel Ersson, hello!