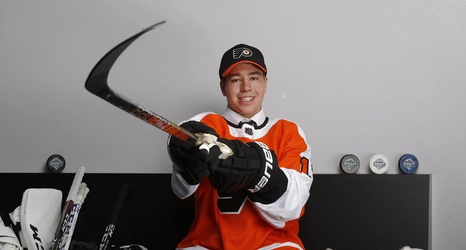 While fans were clamoring for the Flyers to take in impact scoring forward — and one in particular— with their first-round pick in the 2019 NHL Entry Draft, the team instead opted to take a high-end defenseman with their pick and find a forward later on.

GM Chuck Fletcher would do just that, trading back into the second round at No. 34 overall to snag Bobby Brink of the Sioux City Musketeers and the USHL. Pegged by many as a potential first-round talent, Fletcher’s shrewd work nabbed him a high-end defenseman in Cam York (who will appear in this list later on) and an offensive upside forward in Brink early in the second round to in effect fill two organizational needs headed into the draft.