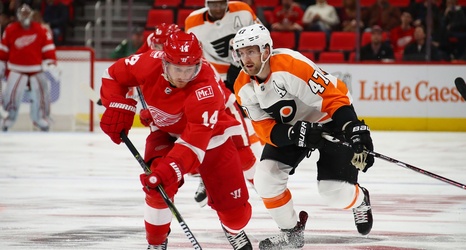 Gustav Nyquist has long been a rock-solid offensive player since his 28 goal campaign during 2013-14 with the Detroit Red Wings, even if he hasn’t matched the total since then. He nearly matched that career high in the following season but saw his goal-scoring numbers dip in the next two years. Nyquist was still able to get at least 40 points in every season since he broke onto the scene.