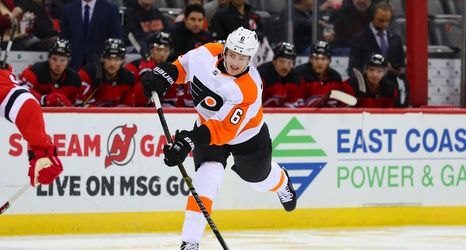 Travis Sanheim was one of the few bright spots for the Philadelphia Flyers in 2018-19. After playing well alongside Radko Gudas on the third defensive pair during the first part of the season, Sanheim earned a promotion to the top pairing with Ivan Provorov and performed admirably in the role. He finished the year with 35 points (9 Goals, 26 Assists) in 82 games, sitting a mere one point behind Shayne Gostisbehere for the scoring lead amongst defensemen on the team and improved on his rookie outing by 15 points.