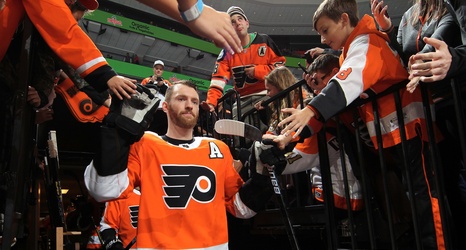 Sean Couturier has rightfully earned his nickname of “1Couturier” by being just that, a true number one centerman. Coots’ netted at least 30 goals in each of the last two seasons, and his 64 goals during that span leads the entire Philadelphia Flyers team by at least eight tallies. He’s also second to only Claude Giroux in points since 2017-18, posting 152 in 162 games played. All of this along with a nine-point performance in the first loss to the Pittsburgh Penguins has seen Couturier sit second in Selke Trophy voting two years ago and sixth in 2018-19.