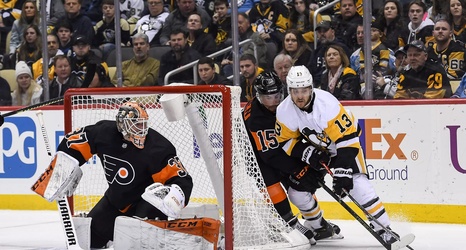 Well it wasn’t the outcome we wanted, but there were some positives to the Philadelphia Flyers’ 4-3 overtime loss to the Pittsburgh Penguins last night at PPG Paints Arena. After holding the Penguins to just 19 shots on goal in a 3-0 win last Tuesday, the Flyers limited Pittsburgh to 19 shots again in the first 60 minutes but it was the first and only shot in overtime that did them in. It was another tight game against the other Pennsylvania team so let’s see what made it so competitive.