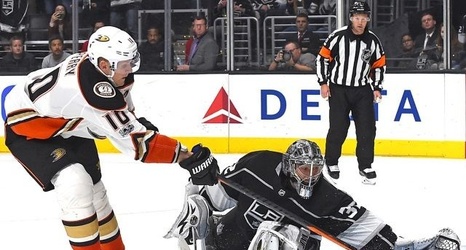 John Hoven: The Los Angeles Kings have started contract talks with restricted free agents Adrian Kempe and Alex Iafallo. There is still lots of work to do before they are signed.

Guessing that both will be in the $2.5 million range on a two-year deal.

Josh Cooper of The Athletic: (mailbag) Jonathan Quick‘s trade value around the league may not be that high at the moment.

A Quick trade to the Philadelphia Flyers does make some sense to help mentor along Carter Hart.