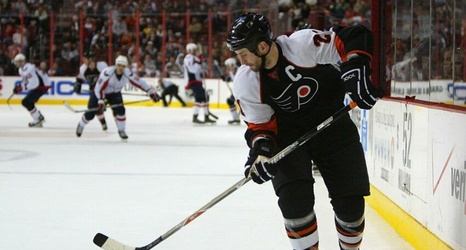 PHILADELPHIA - FEBRUARY 06: Jason Smith #21 of the Philadelphia Flyers skates against the Washington Capitals on February 6, 2008 at Wachovia Center in Philadelphia, Pennsylvania. The Caps defeated the Flyers 4-3. (Photo by Jim McIsaac/Getty Images)

The Philadelphia Flyers announced the promotions and hiring of ten different employees with the organization on Monday evening, including the hiring of two assistant coaches for the club’s American Hockey League affiliate, the Lehigh Valley Phantoms.

Jason Smith and Riley Armstrong will join newly appointed head coach Ian Laperriere in his first year behind the Phantoms’ bench in Allentown for the 2021-22 season.