Instant Analysis: Travis Konecny Out Indefinitely with a Concussion 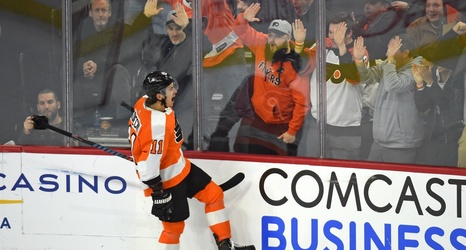 Travis Konecny has been the best Flyers forward this season with a team-high 28 points, 11G/ 17A. It was just reported that he is out indefinitely with a concussion.

Konecny suffered the concussion in the first period of the Ottawa Senators game on Saturday, December 7th. Senators Defenseman, Mark Borowiecki, delivered a devasting, and questionably late, open-ice hit on Konecny in the neutral zone.

According to head coach Alain Vigneault, he is not calling up a forward at this time. When asked about line changes he said, “I’m contemplating a couple of things. I want to watch Colorado’s game tonight when I sort that out.