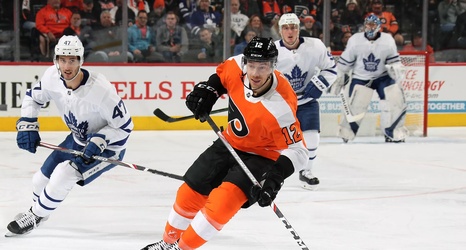 In what comes as a very last-minute move, the Flyers official account tweeted the following at around 6:30 pm ET, two hours before their tilt in Anaheim:

Raffl, 31, had been out since the 3rd of December (a 6-1 win against the Maple Leafs) with a broken finger. Raffl has played in twenty-eight games so far this season, scoring three goals and adding six assists for nine total point. He will be looking to make an immediate contribution to the Flyers’ bottom six.

Morgan Frost, who will rejoin the Phantoms for the first time since earning his initial NHL call-up, will look to rediscover his form in the AHL after some recent struggles with the Flyers.