How the Mitch Marner extension could influence the Travis Konecny negotiations 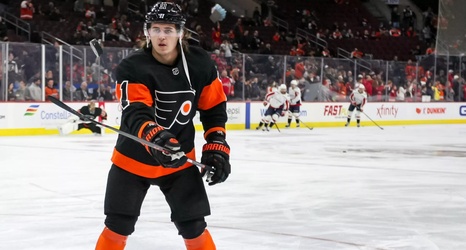 Perhaps you’ve heard, training camp is happening and Travis Konecny does not have a contract. This is a thing that is happening. And it’s not as though we’re still stuck in this impasse period where absolutely no RFAs are signing. Things are starting to move and the market is being further set, but there’s still nothing on Konecny.

Here’s what we know:

Ivan Provorov signed a six year extension on Thursday (or Friday, that’s when the team announced it), running an AAV of $6.75 million.

This leaves the Flyers with precisely $6,667,421 in projected cap space for next season.