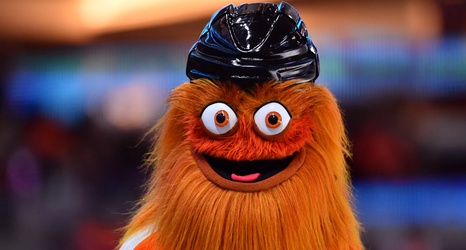 Philadelphia is no longer just the city that pummeled Santa Claus with snowballs (that happened, if you didn’t know). Turns out Philadelphia Flyers mascot Gritty is also a puncher of children, at least according to a man who recently took his son to a Gritty Photo Event.

Chris Greenwell and his 13-year-old son were at the event exclusively for season ticket-holders when the mauling occurred. After waiting in line to take a photo with Gritty, Greenwell and his son were walking away when Gritty, the seven-foot killing machine, brutally attacked his son in cold blood.