Game Observations: Who Are The Flyers, Exactly? 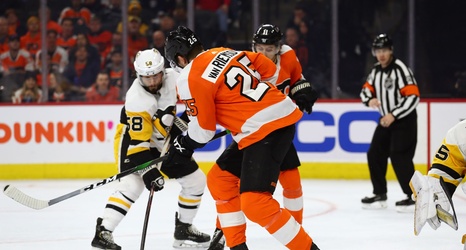 The Philadelphia Flyers beat the Pittsburgh Penguins 3-0 to head into the All-Star weekend with a respectable two-game win streak. Jakub Voracek, James van Riemsdyk, and Justin Braun scored for Philadelphia. Brian Elliott got the shutout.

If there is one thing I can say about the Flyers is that you never know what team is going to show up. They remind me of a 1980’s game show entitled ‘To Tell The Truth’. There were three people on the stage. one of them was telling the truth, and the other two were trying to convince the panel that they were someone that they aren’t.