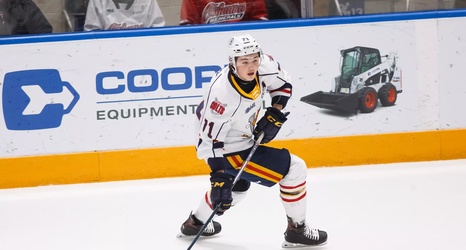 It’s almost time. The season of judging your team’s prospects within a two-week tournament is closing in and participating nations are announcing their camp rosters.

On Thursday, Hockey Canada announced their list of players that have been invited to the selection camp for the 2021 IIHF World Junior Championships. Among those teenagers are two Philadelphia Flyers prospects in forward Tyson Foerster and defenseman Mason Millman.

Foerster, 18, was the Flyers’ first selection of the 2020 NHL Entry Draft at 23rd overall and recently signed his Entry-Level Contract, earlier this month. While the 19-year-old Millman is still unsigned by the team, the 2019 fourth-round pick is one of 15 defensemen that have been invited.