Flyers: Why did Matt Niskanen suddenly retire from the NHL? 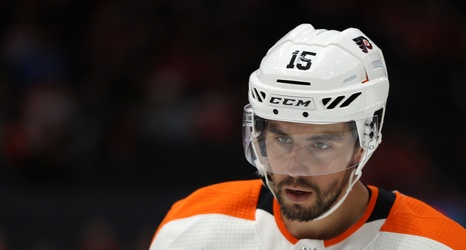 WASHINGTON, DC - FEBRUARY 08: Matt Niskanen #15 of the Philadelphia Flyers looks on against the Washington Capitals during the third period at Capital One Arena on February 08, 2020 in Washington, DC. (Photo by Patrick Smith/Getty Images)

It’s been almost three weeks since Matt Niskanen informed the Flyers that he is retiring from the league.

The question Flyers fans are still wondering – why? What was Matt Niskanen thinking when he suddenly and shockingly announced he is retiring? Was it because he just suddenly lost interest in the game of hockey?

The answer is the uncertainty of COVID-19 caused Niskanen’s sudden retirement, says his agent according to Sports Illustrated.