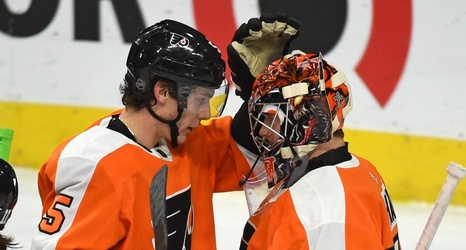 Entering Thursday night’s game, the Flyers had scored six or more goals in four games this season. They had allowed one or fewer goals in seven games. Add one more to each of those columns, as they took it to the Sabres early and often, topping Buffalo 6-1.

Lead by James van Riemsdyk’s two goals and Travis Konecny’s three assists, the Flyers built off momentum established in their 4-1 victory over Anaheim Tuesday night. Mikhail Vorobyev, Matt Niskanen, Ivan Provorov, and Tyler Pitlick all found the back of the net as well in this tilt.

Yes folks, the powerplay shined in this contest.