Flyers’ Tuesday game vs. Islanders postponed due to COVID Protocol 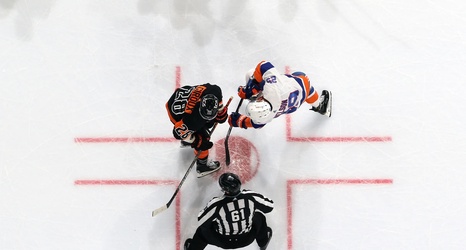 The Flyers now have one less game in their busy November schedule. Their game against the Islanders on Tuesday, November 30th has been cancelled, the NHL announced Saturday afternoon.

“The National Hockey League announced today that as a result of an additional New York Islanders Player entering COVID Protocol this morning, and up to eight Players potentially unavailable to play due to COVID Protocol, as well as the possibility of additional cases due to spread, the team’s games will be postponed at least through Tuesday, Nov. 30. The decision was made by the League in consultation with the NHLPA’s and Club’s medical groups.