Flyers trade 5th round pick to Montreal for Nate Thompson 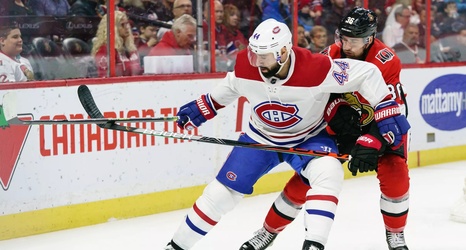 With just around four hours left for NHL general managers to make trades, it turns out that Chuck Fletcher has pulled the strings yet again and acquired center Nate Thompson from the Montreal Canadiens:

Thompson, 35, is regarded as a great penalty killer, is good from the face-off dot (55.0% of face-offs won), and will likely slot in at the 4C spot as the Flyers look to make a playoff run.